How To Replace Pull Cord On A Lawn mower

So you’re wondering exactly how to replace a pull cord on a Lawnmower. No worries; anyone who’s had an old lawnmower can tell you they’ve experienced the same repair issue.

The mower won’t start, so you yank and yank on the pull cord without success, after 15 minutes of pulling (and a few expletives :), the pull cord on the mower jams or breaks completely.

You need to know how the Pull Cord assembly is made, how it operates, and why you’re here: Which is “How to replace the pull cord on a lawnmower.”

Knowing the name of each pull cord component should make it easier as you go through this guide and help you understand the role of each part.

When To Replace Pull Cord on LawnMower

How to Troubleshoot Pull Cord on a Lawnmower

Step 1 – Watch This short video which shows you step-by-step instructions on how to replace the pull cord on a lawnmower.

A)  Gather the right tools:

In the market for a new Leaf Blower? Check out the “Best Cordless Leaf Blowers” here

B)   Determine What Parts Needs Replacement

1. First, you need to identify whether the Recoil Spring is in good condition and is working correctly or not. If the recoil spring itself appears to be damaged or has no tension to recoil back to its origination point, then it’s highly recommended that you buy a new spring and pulley assembly.

It’s much easier than trying to repair or replace just that recoil spring. However, if you’re in a hurry and want to repair the coil spring at home, see our suggested video below.

2. If the Recoil Spring appears to have the correct action and returns to its coil efficiently, you probably need a new Pull Cord Rope, which is relatively inexpensive. Some are sold with the handle, some without, but the main thing is making sure the new pull cord is the same thickness as the one you’re replacing.

A pull cord that’s too thick won’t fit properly, and a thin one will work OK but will have a shorter life. Make sure you match up the pull cord you remove with the one you buy.

How to Replace Worn-Out Pull Cord on a Lawnmower

1. Now, it’s time to pull the cord out of its assembly, ensuring the pulley is held firmly with your thumb. For this Step:  Don’t let it retract, or you will have to start over.

2. Using both hands, gently wind the pulley assembly counter-clockwise gradually until the tension tells you it’s fully wound. Keeping a firm grasp, slowly let the pulley release just until the rope hole on the pulley lines up with the hole in the pulley housing.

Then, Insert a screwdriver to hold the spool firmly in place.

3. Measure the new pull cord against the old one to make sure you have the correct length. Do not remove the old one just yet.

4. Remember the lighter method mentioned above? Now it’s time to use it! Melting the end of the cord slowly with a lighter makes it easier to fit through both holes in the housing and in the handle. You could also push it through using your screwdriver.

5. It’s now safe to cut the knot off the cord attached to the pulley assembly and remove it. Insert the new pull cord, and double knot it to ensure it’s well secured.

6. Holding the wound pulley firmly, remove the screwdriver to unlock the pulley.
Slowly release the pulley to allow the new pull rope to retract into the pulley, making sure to secure it with your hand, and STOP when you have 18” of cord left to retract and tie it into a temporary knot. This will hold tension on the recoil spring.

7. Tie a double knot at the end of the “pull cord handle.”

8. Remove the temporary knot from the 18” of extra cord, and slowly let the recoil spring retract all of the extra cord. Test the Pull Cord assembly with a light pull and hold the handle to allow the pulley to retract slowly.

9. Place the starter assembly back on the lawnmower, fasten it, and insert the Pull Rope and Handle back in place.

10. Test the pull cord assembly with fresh gasoline and a new spark plug – by starting the mower, and off you go!

Some quick and essential tips:

Temporarily remove the spark plug on your mower before working on it.

After removing the pull cord assembly from the lawnmower, test it by pulling out the cord to see if it retracts back properly when recoiling.

Test the pull cord assembly after repair, after fixing each part, and before you reinstall it on the mower.
The problem could be a damaged spring. In that case, you might need to remove the pulley from the assembly.

Although most pulleys don’t require removal, it may depend on the quality of your lawnmower. It’s recommended to buy a new spring with the starter pulley (one unit) and install it.

Always have a small box or container handy for the small parts that need removing to avoid losing them.

How to Repair a Broken “Recoil Spring” on a Mower

Note:  If you are miles away from a Hardware store and want to Repair a Recoil Starter Spring at home right now, You can usually do it at home.

The process is a little tricky, so we’ve provided this short video below to walk you through that repair.

3 Reasons Lawn Mower Won’t Start – & How To Fix It

1) The Pull Cord is Stuck

Check the reason behind it stopping to retract. Is it stuck, or did it just stop retracting?

If the pull cord isn’t retracting, the problem is most likely the Recoil Spring. Follow our steps or the YouTube video above to learn how to rewind a lawn mower recoil spring.

The problem could be you’re using old gasoline (last year’s gas 🙂 or you have a bad spark plug. Easy Peasy. Remember, there are only two things required to start a combustible engine. Gas and spark.

One at a time, just Replace each of those two items, then try to start the mower again.

While the step-by-step instructions we’ve provided may seem a little intimidating, changing the pull cord on a mower or small engine is quite easy for a typical homeowner. In fact, the average time spent on this project is about 30 minutes.

Make sure you watch the videos provided before getting started; they are a great visual tutorial and might save you time and frustration!

Good luck with your repair, and thanks again for visiting BestHomeGear.Com 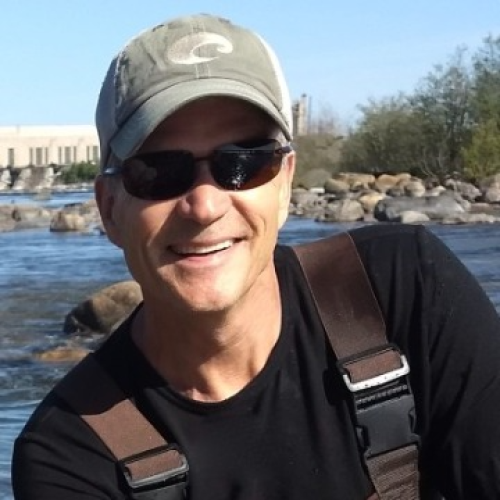 Kevin
Kevin is the author and editor for Best Home Gear. In addition to his work in publishing, Kevin enjoys exploring the Outdoors in Michigan and Arizona, Hiking, Cycling, Fishing, Reading, and Completing Projects for the Home and Garden.

How to Change Line on a Weedeater

How To Tell If A Lawn Mower Spark Plug is Bad

How To Use A Lawn Aerator

How To Grow a Lawn Fast

How to Wire a Ceiling Fan with Light

At Best Home Gear we provide Step-by-Step DIY Guides for Home Improvement, and Help you find the Best Products for your Home or Garden. Using 25+ years of experience as a Builder, Realtor, & Property Manager, I offer my Best Advice for our readers, folks just like you! To offset our costs, we participate in the Amazon Associates, Home Depot, and Ace Hardware Affiliate Programs, and earn a small commission from qualifying purchases. Our reviews are “Never Sponsored” by manufacturers, and we always remain “Unbiased” in our approach to all Product Reviews. Please Enjoy our work!